A Short Guide Through The Siuslaw National Forest 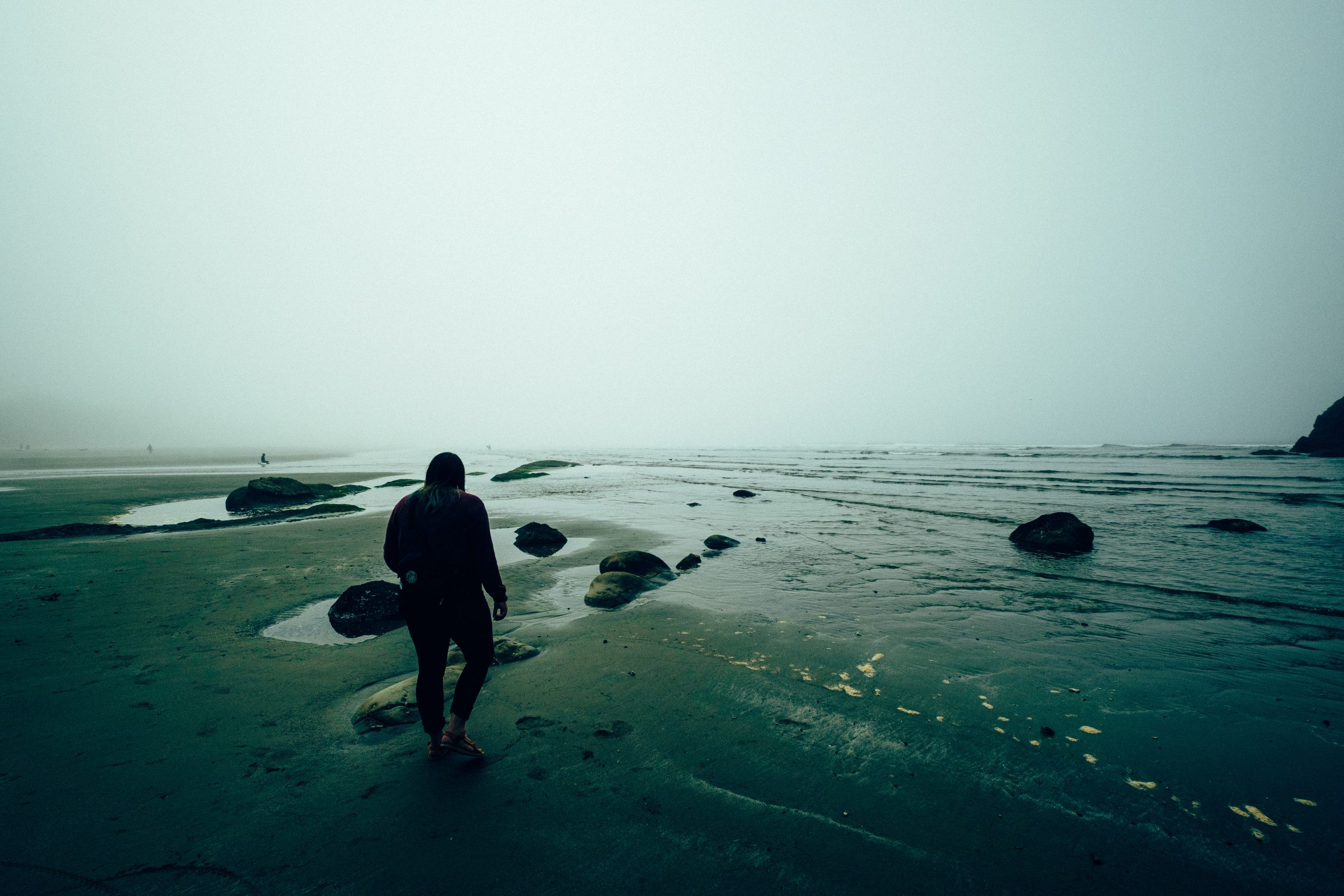 If you have ever wondered whether it’s possible to combine Oregon’s biggest treasures into one natural gem of lush forest and vast coastline, read on. The Pacific Ocean unites with Oregon woodlands to create one of the most remarkable sights in the state: the Siuslaw National Forest. The motto it carries – from forest floor to ocean shore – is definitely justified.

Those who are considering moving and looking for homes for sale in Newport, OR should know that the gates of the Siuslaw National Forest are only 30 miles away, which makes it an easy and convenient day or weekend trip. However, a short visit is not even close to being long enough to explore it thoroughly, and you’ll soon see why.

More Than A Forest

The Siuslaw National Forest is a large area extending along the Oregon coast, all the way from Tillamook to Coos Bay, and from the ocean into the Coast Range Mountains. It reaches the Willamette Valley on the west and primarily belongs to Lincoln and Lane County, making the land for sale in Newport, OR, and the surrounding area even more valuable.

The forest gained its national status in 1908, due to the extraordinary variety of ecosystems within. We are already aware of Oregon’s biodiversity, and this national forest is another case in point, perfectly demonstrating the biological uniqueness and richness of this Pacific Northwest state. The variety of its ecosystems spreads over 630,000 acres, including an abundance of water habitats – 1,200 miles of various streams, waterfalls, marine shores, lakes (around 30), and rivers (including 4 major rivers flowing out into the Pacific ocean- Siuslaw, Nestucca, Alsea, and Umpqua), and 3 established and officially designated wilderness areas – Drift Creek Wilderness, Cummins Creek Wilderness, and Rock Creek Wilderness.

The highest peak of the Oregon Coast Range, named Mary’s Peak, is also located within the forest, at 4,097 feet, offering a stunning view over the Willamette Valley, the ocean, as well as the Cascade Range.

The climate in this region is very specific, being the closest to what is called the Pacific maritime – with plentiful rainfall and overall coastal influence. Sometimes, rainfall can go up to 100 inches per year, while snow is not that common. Temperatures are moderate during summer, while winter is very mild.

The growing conditions for many species are ideal. There are two distinct vegetation zones in the Siuslaw National Forest, both including evergreen trees typical for the entire west coast. One is located near the coast and is mostly covered with Sitka spruce, while the other is dominated by western hemlock, usually in the shades of Douglas fir. There can also be found western red cedar, bigleaf maple, and red alder, including some old-growth forests preserved in some of the wilderness areas.

Within these zones, there are different habitats of wildlife. Due to the various types of terrain, including beaches, rocky peaks, meadows, rivers, and creeks, the Forest supports rich wildlife – black bear, Roosevelt elk, sea lion, pelican, American bald eagle, and many other bird species. Among them, there are several rare and threatened species with critical habitats, such as the Oregon silverspot butterfly.

Wilderness Areas Within the Forest

Only 7 miles south of Newport lies Drift Creek Wilderness, the largest wilderness area in the Coast Range. It is rich with Sitka spruce and western hemlock, sometimes 7 feet high, making it the largest rainforest of old-growth in the area. The area is notorious for the dramatically steep canyons of Drift Creek, around 2,000 feet high.

Natural cushion made of a thick layer of moss and ferns, numerous streams, all overshadowed by large bigleaf maples, makes theatrical scenery reminiscent of some of the J.R.R. Tolkien fantasy works.

There are 2 trails inside the wilderness area. The Horse Creek and Harris Ranch Trail both travel through the old-growth forest of Douglas fir, Sitka spruce, and western hemlock. If you are a visitor blessed with good luck, Drift Creek Wilderness can reveal a bear or elk, along with the owl, woodpecker, eagle, salamander, banana slug, as well as spawning chinook, coho salmon, steelhead, and cutthroat trout, hiding in the creek itself.

Take into account that there is no bridge over Drift Creek, which means that crossing might be difficult, especially during springtime. The usual season of low water levels is summertime, making it the best season for visiting.

Agencies that put homes for sale in Newport OR are well aware of these gems hidden in their neighborhood. Ask them for more details and tips for visiting.

Cummins Creek Wilderness is located around 30 miles south of Newport. It contains the only old-growth Sitka spruce forest in all of Oregon. The spruce reaches 9 feet in diameter in some places. There are 2 creeks in the area, Cummins and Bob Creek, both flowing into the Pacific Ocean. They are rich in salmon, steelhead, and cutthroat trout.

In this wilderness area, snow is very rare during winter, while the summer brings the abundance of various flower species of all colors and sentiments – serene white candy flower, gorgeous red foxglove, yellow monkeyflower, and purple aster.

For visiting the area, use the Cummins Ridge Trail. It is the only trail there, less than 6 miles long, leading through the center of the Cummins Creek Wilderness and its wildlife.

Located less than an hour’s drive south from Newport, Rock Creek Wilderness is the place where the term “wilderness” gains its full meaning, offering a true adventure in experiencing the Siuslaw National Forest. It is considered the most remote wilderness in the forest, with no developed trails, signaling, or trailheads, so be sure you have prepared your map and compass before going there.

The wilderness has so much diversity: high Douglas fir and Sitka spruce trees, red alder, bigleaf maple, moss, and ferns, as well as the crystal clear creek waters. However, the unique thing about it is the real wild and pristine feeling it provides. The beautiful blanket of green is only broken during springtime, with the pink rhododendron flower and salal blooming profusely.

How to Spend Time in the Siuslaw National Forest

This depends on your preferences. There are many recreational opportunities in the Siuslaw Forest, almost as diverse as its ecosystem. Those who are into camping should know there are around 40 campgrounds, most of them equipped with water and toilets.

Fishing is another option, which is not surprising due to the richness of the forest’s rivers, streams, lakes, and the Pacific Ocean itself. Whether you are into salt or warm water species, you will enjoy the angling potential the Siuslaw offers.

Finally, many people want to know whether it is possible to hunt in this national forest. Yes, hunting is permitted there and is regulated by the Oregon Department of Fish and Wildlife. However, some areas have special regulations related to it, so it is important to inform yourself in advance.

Living near the Siuslaw National Forest may not be the most decisive argument for moving to Newport, but it sure can be the most exciting one. Ask your brokers in Newport, OR for help and you will not regret your decision.

Related Articles
Nye Beach Where Lazy Ocean Hugs the Shore: The Most Iconic Beaches Around Newport, OR When living on the Pacific coast, the beauty of beach life is your reality. You will enjoy beautiful sunsets, stunning views, the vast ocean, and the abundance of sea wildlife. Spending life around this natural wonder may have raised your marine and coastal standards. If you’re familiar with inland living, you might consider changing your […]
Tips The Most Scenic Driving Routes Around Oregon Presumably, there are not many places on Earth more suitable for road tripping and driving than the United States. Oregon isn’t an exception to this fact, quite the opposite. The quickest drive through the state takes around eight hours, but for those who like to detour every once in a while, there are plenty of […]
Tips The Most Iconic Rock Formations in Oregon – From Cannon Beach to Thor’s Well Living near the Pacific coast guarantees several things. For starters, you can almost always count on changeable weather and strong winds. At the same time, the stunning scenery is worth all the unpredictable weather – glamorous sunsets, vast night skies, and a dramatic coastline. Yes, please! Another of the most notorious Oregon landmarks is its […]